Now, how they are going to keep her imprisoned without also taking away her bending is something I would have liked to see, but I’ve never had much of a problem with that resolution. But oh, were the results so wonderful. And then Iroh gathers him up in a hug and heals me all better again. Please let it go. A lot , actually. I think she feels and I would agree cheated out of what she feels she deserved and legitimately worked her ass of to achieve — that is recognition in her own right as a ruler, not simply as “custodian of the fire nation” while her father rules the world.

But…If Appa is the last sky bison, and was actually female and pregnant, then for the species to survive, her children would…uh…. Zuko who he shunned, and Azula…. There are so many scenes in these final two chapters of Avatar that are astounding in their detail and composition. But now she’s been shaken up so badly, and she doubts their continued loyalty precisely because of that: Just as she had several other times. Azula is having to go through that sort of transition period herself, only it’s so much worse, so much more unsettling and jarring for her. She’s not only mastered water, she’s mastered her anger.

Not because you masturbated; that is just how often she kills a Dai-Li agent. Melt the chains off her own wrists? Oh yeah, it’s my new favourite GIF! But thanks Mark for taking me once again on the magical journey that is Avatar.

I just want to say thank you to Mark and to everyone else, for being so awesome. Oh, so we can watch Ozai nearly destroy Aang, causing Aang to hit a jagged rock right on the location of the scar that Azula gave him.

All the Azula scenes before the Agni Kai were storyboarded by Lauren Montgomery, an artist specialized in animating female characters. In some versions of the ancient classical elements — air, water, earth, and fire — there was also a fifth element of aether.

It’s now become one of my favorite shows of all time, and I have so much love for so many characters. Playing out simultaneously, Azula challenges Zuko to an Agni Kai, and Aang begins to discover that the Fire Lord might be a stronger match than he anticipated. It didn’t really seem like she was trying to get out, just expressing her anguish. She really doesn’t know how to connect to other people in healthy ways, and it’s causing her to suffer so much. 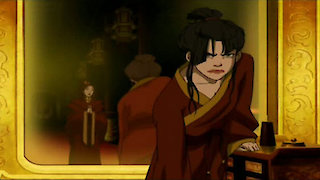 I loved Aang’s commiserating with past Avatars, as it at least made most of the things we learned in “Escape from the Spirit World” truly canon. Things can never be “normal” and happy go lucky for her, but that doesn’t mean she can’t grow past this into a better, healthier person with some happiness in her life. Thank you for everything. In my headcanon, Sokka and Toph go searching for space sword and boomerang and find them lying together in a clearing with Hawky perched beside them.

The reason avatar Roku threw himself watcu a volcano is that he heard Toph Bei-Fong would teach him earthbending in his next life, and he didn’t vomet to wait.

By any measure Azula is a brilliant woman. I was blown away by the strong, complex characters featured on the show and how they weren’t barred from being bad-ass if they were female or old or disabled.

Oh, I know that they couldn’t satisfactorily finish Ursa’s story in this series, not without seriously spoiling the pacing. One person asked me if I’d have felt better if they’d put a lionturtle statue in the pilot like the originally planned or something. She didn’t win that fight, though. I feel that the Avatar sozi did the same thing here with bending.

If you’ve made it this far in this book, you’ve probably gained a sense of the daunting amount of work it took to make the Avatar series.

I knew it was a risk and ambitious sequence to attempt at the climax, and I fully anticipated several rounds of tedious retakes to get it right in the final animation.

How can you possibly justify a duel with a child… …It was cruel, and it was wrong! I’m grateful for all of the hard work put into the show by Bryan Konietzko, Michael Dante Dimartino and the entire crew of Avatar. Personally, I never knew why Zuko’s Mother was regarded as such a loose end.

But I don’t really think Katara outmatched her. We knew Aang was going to take Ozai’s bending away in the final battle onliine very early on in the production; however, we didn’t really know exactly how he was going to do it.

It had to be perfect—almost wasn’t good enough. Azula prides herself, not only on her combat, but her intelligence and cunning. I’m glad she was defeated. I have to say that as a long-time Buddhist I’m a little offended that you distill Aang’s moral issue with killing wwatch down to “he’s a little kid of eatch he doesn’t want to kill anyone”. Some kids fantasize about being the Avatar.

They’re kind of a “love the one you’re with” type of romance. Now this could all just be a rumor, but if it is true I don’t think we expect Sokka to show up but his boomerang might. The earth does what she wants because it knows better than to sozni her off. But I do really, really wish they’d come out with a comic or post-series special that covered Ursa’s story from Ursa’s point of view.

Beyond that, I wanted to make the finale better than cojet we had ever done. You see, I used to be rather flippant and callous in my use of slurs.

First, for all those who missed out on the liveblog, I oszin you Azugle: My main goal was simply to finish telling the whole story.