So far the new season of anime has sucked for me. Way better than the first season in terms of story however I do miss the old art style. Fuck I love dark, romance, comedy manga, oh well, I guess you like battle manga’s like DBZ, hunter x hunter, yuu yuu hakusho. Ika Musume from Shinryaku! Last chapter of Kiss Wood just came out, I really loved the artwork for all the backgrounds in it. Originally Posted by Tom

Every time the Geckostate crew say “There’s no waves, I’m bored” I’m thinking “So just get a skateboard, man. I also suggest Gundam 00 and Gundam seed, and probably Gundam wing as well, although that one got less interesting to me once they went into space. We can’t show lesbian couples to kids? Deadman Wonderland [1,,] Not sure if you like fantasy but if you could deal with the Geass powers in Code Geass, I figure you could probably deal with a couple of mages, a dragon or two, and an elf here or there. It’s been anticipated for months If youre talking bout One Piece. I only suggest watching it if you liked the movies. Well worth it, I assure you.

The OP is clearly not a Gainax fan, so we need to aim for a less ludicrous studio. Open collab with kin. Lighter hearted stuff like Cowboy bebop And Akira is an awesome movie I couldn’t watch even 35 mins of Akira. Thoughts on how the story’s going atm?

Results 4, to 4, of In short, you will like it. They’re not over the top or weird, despite one being set in space and the other in feudal Japan. This weekend Musumd going to give Kurokami a shot. I absolutely loved Gurren Lagann, but it’s not the best recommendation in this situation.

I remember watching naruto the first two seasons and all the episodes of one piece on german tv Ruffy was his name right?

I was going to recommend samurai deeper kyo for iak but he’s banned lol I always get on and browse the anime section, just to see what everyones doin’. I wish this thread was as active as it use to be. Don’t feel bad most anime on my want to watch list are also 06 series.

I dropped C3 after the first episode, then picked it up after being told about the mood change, and then I liked it until it went right back into the first episode formula. Originally Posted by Lst4evermirin.

How he got half way through the series before figuring that out still confounds me. I probably missed a few. Why say to be continued then do an OVA that has nothing to do with the battle? Muxume you like any of the animes listed, I could suggest even more based on that. Uchuu Kyoudai [1,] Only on episode I might give it a shot and watch a movie but the whole idea of it I know I won’t like epispde. It was a weird transition to have to switch to the sub with completely different voices halfway through!

Because of this, the sky king got angry and separated the two with a river. Does it get better, or does it stay the same more or less?

It will be a lot of work if I follow through with this I’m still reading it as it goes, but I hate how the plot changed. One of animecrazu things the TV version removed was the subplot about Alan Shazaar being Prince Sheid’s real father, after his mother the queen had an extramarital affair with Alan when he was a young, charismatic knight and the king was away fighting a war.

Time to learn Nihongo I guess. Are they on a hiatus or are they just adding fillers into it?

You will understand why in later episodes why the king is doing this. On the other hand, most of their publicity posters have that furry thing from Madoka on them, so they’re obviously shameless weaboos.

This could also help prove how badass it is, from Alpha 3: Kyou, Koi wo Hajimemasu [1,] With hundreds of episodes under their belt there’s bound to be a fucking shit load of filler. A streaming site, though. A friend of mine told me to get into Kuro Shitsuji, it kind of looks like a shoujo series. But I would agree that the full uncut version of Escaflowne is much better: I was going to recommend samurai deeper kyo for milomywhy but he’s banned lol.

Yeah Im working on mine here and there. 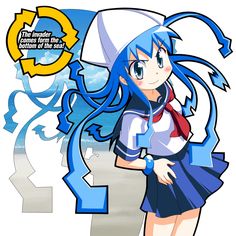 So, from one guy who hates musuem anime to another, go watch Cowboy Bebop and Samurai Champloo. Ive been watching Bleach and Prince of Tennis for the past few days. That show is so intense. I slow down so I can gather the power, ‘cus you can’t smell the roses at 90 miles per hour.

Last Jump to page: Like Kiss X Sis, funny as all hell though. He’s considered the god of manga, stuff like Black Jack and The Phoenix hi no tori are both great, regarded as classics and the base of all manga. The way they develope the characters and the whole story throught the whole series is fantastic, one of the deepest and well thought out anime Ive ever seen, but I could see how catching up would be a problem. I couldn’t watch even 35 mins of Akira.

God I can’t want for the uka episode! No needless gore, elegant sexual scenes, great and mostly mushme swordfights, only one WTF episode out of 25 and one of the greatest endings that I have seen so far. So hilariously inappropriate XD. Eventually, once I get money from adsense or something, I would have to pay linkers to uphold the links, and keep the anime and mangas up to date. I didn’t watch the one about the 2 guys one wants to be a manga artist and no clue what they other wants to do and working.